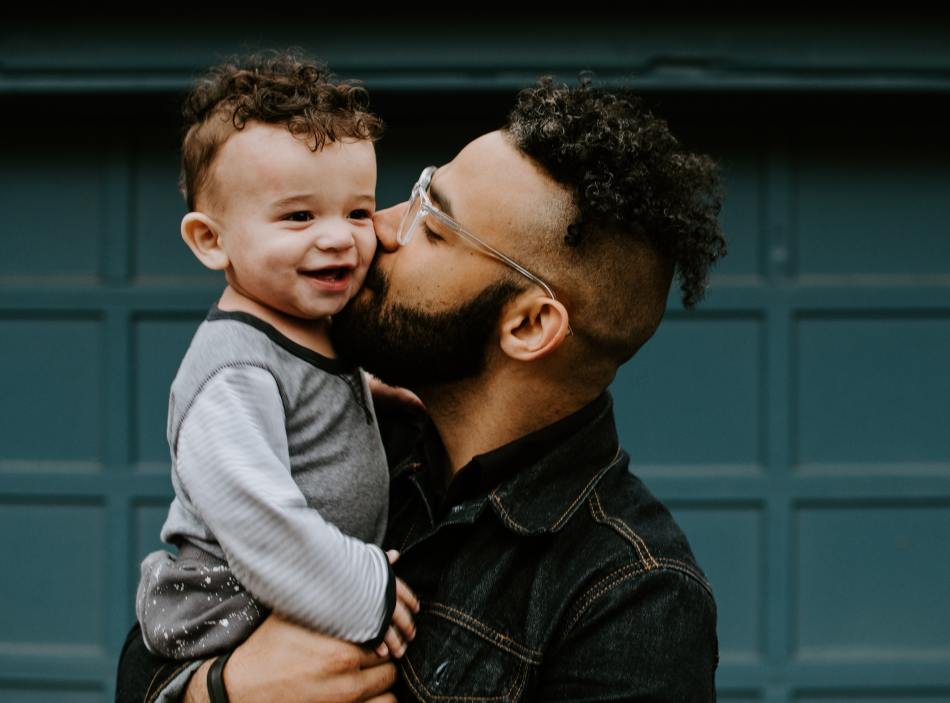 An edited version of this blog has been published with The Conversation UK on 09 November 2021 and can be accessed here.

The COVID-19 pandemic had a profound impact on our work and living arrangements. Amongst the many changes we faced and had to cope with, one particularly stood out for dads. During the nationwide lockdowns, fathers were coming home in their millions. The UK’s Fatherhood Institute realised the implication of this unique social experiment and set up their Lockdown Fathers study during Spring 2020.

The Lockdown Fathers study found that during the Spring 2020 lockdown in the UK, a majority of fathers reported spending more time with their children, more time on care and education, and more time on routine housework. Dads also predominantly indicated that they emerged from this experience more confident as parents, in better relationships with their children, understanding them better, and feeling closer to them. Another finding of the Lockdown Fathers study was that dads indicated that they gained insights into their partners’ caring roles, became more able to support their children’s learning, and had grown more aware of the importance of dads spending time with their children. Finally, fathers reported that they wanted more flexible working and the opportunity to work more from home once the pandemic is over. In other words, dads wanted to retain much of what had been achieved during lockdown in order to be better fathers1.

The above findings of the Lockdown Fathers study mirror a development that has been going on for the last decades. In many societies around the world, there has been a dramatic increase in dads’ early involvement in parenting. Unsurprisingly, there also has been increased interest in and a growing number of scientific studies on the roles of fathers in children’s development. This being said, attachment theory and research have been a bit slower to more fully consider and investigate the father-child relationship from an attachment perspective.

As part of the Social Neuroscience of Human Attachment Lab‘s most recent CARE studies, we wanted to specifically focus on dads and the relationship with their preschool children (ages 5 to 6) from an attachment perspective. To do so, we first invited father-child dyads to the lab and had them solve a series of puzzles. Dads and their kids did so either together or independently of each other while we recorded brain activity from both of them with functional near-infrared spectroscopy (fNIRS) hyperscanning. Using fNIRS hyperscanning, we were able to investigate whether fathers and their kids get ‘in sync’ with each other during cooperative problem-solving. Subsequently, fathers’ brains were scanned with magnetic resonance imaging (MRI) to assess their brain anatomy. In an initial analysis, we particularly looked at one subcortical brain area, the hypothalamus. Finally, dads provided answers to several self-report questionnaires, including two relating to their caregiving beliefs.

One very interesting and relevant finding that emerged from both the fNIRS hyperscanning and the MRI data was the influence of dads’ caregiving beliefs. With one self-report questionnaire, the Role of the Father Questionnaire (ROFQ), we assessed how strongly dads believed that they are capable of being a good father, should be sensitive to their children, and should be involved in their children’s development. With another questionnaire, the Caregiving Experiences Questionnaire (CEQ), and especially its Delight subscale, we probed how much fathers indicated to enjoy spending time with their children.

For fathers scoring higher on the ROFQ, we observed higher interpersonal neural synchrony during cooperative problem solving with their kids. In other words, dads’ and their children’s brains got more ‘in sync’ with one another the more dads indicated that being a good father is important to them.

Dads’ attitude toward parenting has been shown to be a strong predictor for father involvement and more specifically parent–child interaction quality and quantity. Our new fNIRS hyperscanning and MRI findings underscore the importance of fathers’ caregiving beliefs on a neurobiological level in terms of both interpersonal neural synchrony and brain anatomy.

The association between dads’ caregiving beliefs and interpersonal neural synchrony is important, because interpersonal neural synchrony is linked with facilitated coordination and communication within the parent–child dyad, and therefore regarded as an essential mechanism that enables the flow of information through verbal and non-verbal communication.

The hypothalamus plays a key role in pair-bonding, parenting behaviour, and caregiving. Most of the so far available data stems from animal studies, and the few results obtained in humans mostly focus on mums and not dads. Our new findings therefore provide an important basis for future research on the paternal hypothalamus, as well as direct comparisons of hypothalamus structure and function in dads versus mums.

Dads are more involved in childcare then ever before. The 2020 Lockdown Fathers study has shown that dads are not only spending more time with their kids, but that they are also striving to be better fathers – feeling more confident as a parent, having a better relationship with and feeling closer to their children, and being more aware of the importance of spending time with their children.

Our new findings highlight that it does make a difference on a neurobiological level how strongly dads believe that they are capable of being a good father, should be sensitive to their children, and should be involved in their children’s development, as well as how much they enjoy spending time with their children. Such insights align well with the more general notion based on recent social neuroscience data that fatherhood and motherhood are similar, and particularly so when fathers care more. It therefore seems very relevant and justified to promote the importance of dads’ involvement in childcare in a broader societal context, giving them more time and space to bond with their kids.

1 It is very important to note here than not all findings of the Lockdown Fathers study were positive. For example, involved separated fathers saw their children less during the Spring 2020 lockdown. Less time with children was also linked to socio-economic disadvantage, socio-economically disadvantaged dads were more likely to report deterioration in mental wellbeing, and only a minority of these dads reported to have left lockdown feeling more confident in their ability to support their children’s schoolwork. Supporting dads by giving them more time and space to bond with their kids therefore must be targeted and take into account individual fathers’ demographic and social environment.